WAS nice, till we found dirty fans who ruined it's series for us.
ANyway, I share the stats of Ren in T5-DR PSP:

(Codename: Missile, Rank - Blue, so that means he was really high!)

: LOL! I pulled off a few 10-hit combos at times, but
it's hard to do if I mess up against a few mobile opponents. As
said, I love Soul Calibur far more after my first try in SC2. Though,
I'd say that Tekken Tag is the easiest of the Tekken series.
My favorite incarnations are Xiaoyou & Lili. Best is as Ling Xiao.
_________________

Also like Fighting game animated movies of the time, it came with a complimentary shower scene.

: 'tis the first thing I ever saw before the game very long
ago before I even knew about the internet, lol!

Anyway, I've had best loyalty from

even when the same age as
her. The only opponents that can stop me by 65% chance are nothing
but Blue-ranked, S-Class enemies and Tekken Lords. I pretty much
destroy everything else. For the opposite gender of me, my favorite
male character of the series is

...not as loyal as who does match with me, but is the 3rd in my
"Highest-loyalty Tekken Units" list.

...I pretty much don't do too good with anyone else other than
these three.

To be honest, lots of quizzes and even some people claim me
too related to Xiaoyu in real life, but I just don't know... well,
maybe on a few points I can see sharply (along with feeling the
pain she takes, just as I have with a few other characters).
_________________

I know this thread is (was) nearing a year old but i love talking about fighting games. Anyone got Tekken 6?

Either way Tekken is Tekken. I main Asuka and Lili.

I use the same group as her, but I find the large enemies or the cheapsakes who hit really hard very annoying. This includes but is not limited to: Jack 5, Kuma & Panda, Bruce, Steve, Paul, and Law. Jack is the worst of the annoyances, any overdue wrong amount of moves against a high-ranked type is fatal. Law is as irritating as Maxi to me, almost even have the same stance.

Law and Steve are top tier right now along with Bob, Jack is a close second. If you have moves that make you hop. *I.e Asuka's Thunderfall kick* You can beat Jack.

Still kinda turned off about the whole gig now no thanks to a few "fans" of the series, but I've been starting to get over it all now. Tekken Tag 2 is not half-bad actually. Also sad to confess but there's ONE plus of Tekken over Soul Calibur to me, and it's this: 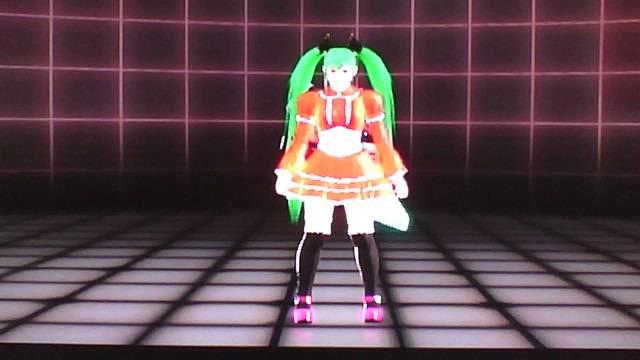 Compared to SC series, this one since from past T5 (which I didn't like out of the batch all that much some reason...) allows girls to have Really long hair! This is essential for me in places 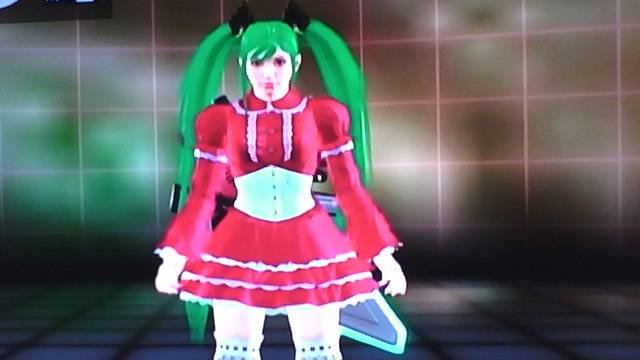 Because here I look like a miniature, younger, non-scythe equipped version of Arala Cran with a more gothic lolita fashion yet still the same. The Najinata is close enough as in Cabal they say that the "lancer mode" was actually a scythe mode. No wonder I see my character(s) usually tend to either stick with the cute mage look with classic wands/rods, dual-wield small weapons, or classic longswords, and even up to using Spears/lances/halberd weapons which can reach

so this me as

has gotten rather more serious-sounding in her tone by now. And yes, sorry the shell hair ornaments look very silly but was the closest thing to Arala's hair ornaments which look like cat ears in this series.

--while on the backside, Casper seems rather more appealing now and elder! 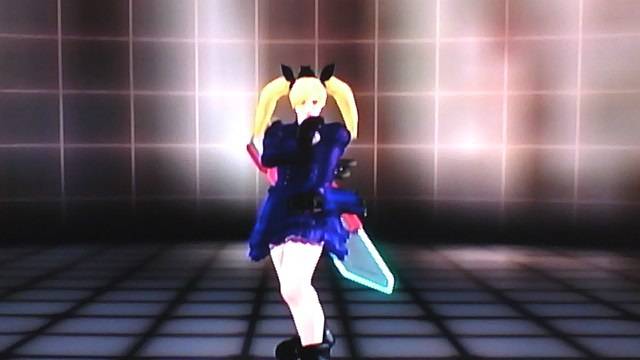 but sadly, she's not interested in posing formally at the time.

Here's yet another gothic lolita of mine, was trying to make this girl as

but I messed up. 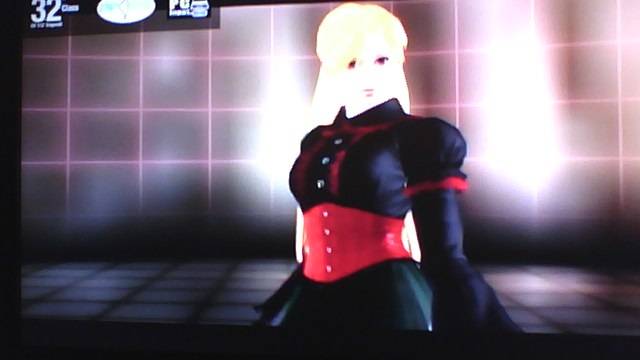 ^-even in the snapshots attempt, Alisa keeps moving around too much, such a fidgety Cast she is. 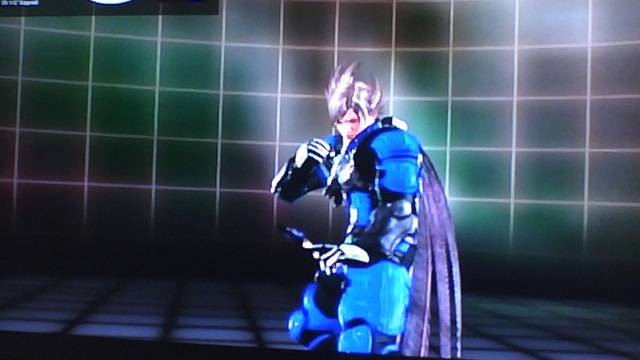 And of course the ring leader himself at the top of locker in this file set: 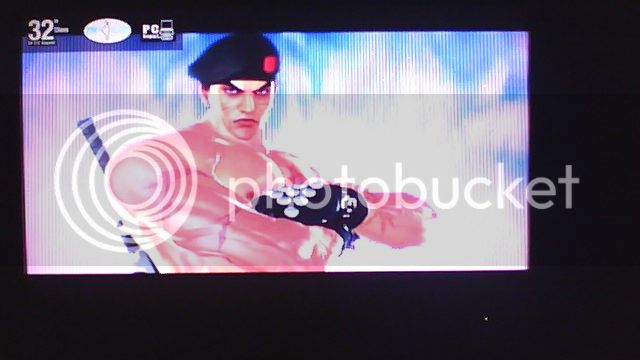 Rakk Ludovic of the MDBz-Corps

And so here we are, goofing around with stuff! 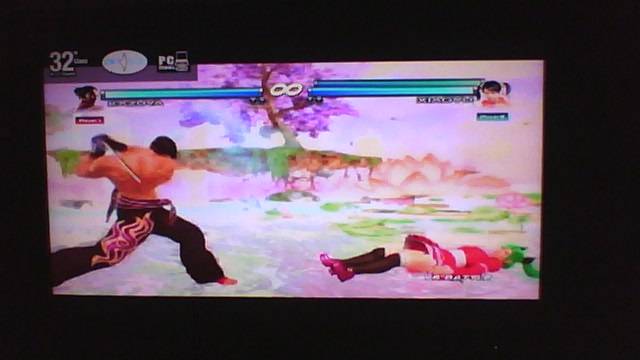 He swings it like in Soul Calibur! Does some big damage too and has quite some descant range. Oh don't worry, we're just playing around. I've took cover while he's posing. 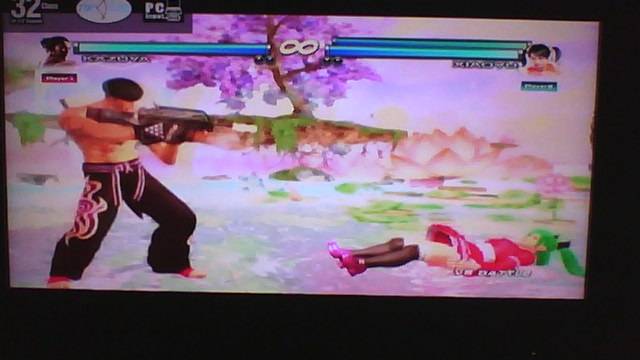 Everyone's got this gun from Lost Planet! It sometimes actually saved my hide. I inspired him to get one btw. 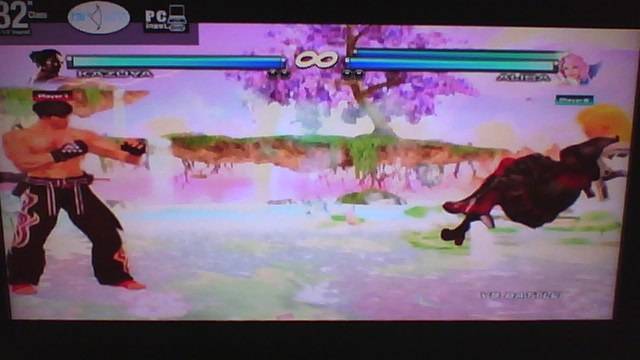 Me as Alisa, and first time I realized she too has taunts. Quite a cute laugh can be heard from this while she's posing like Crimrose.

Now here's one with me posing! 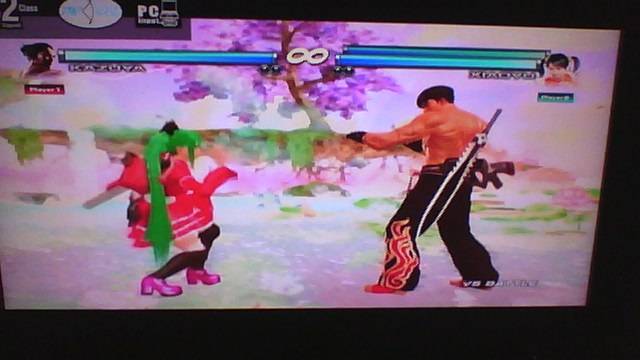 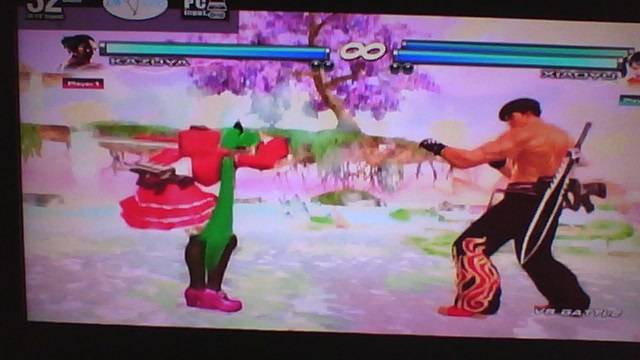 Spoiler:
W-wait!! You really want to touch me there??

Mario will be top tier.

This is in the right spot.

*tosses you a prinny*

Gonna be playing this and Borderlands 2.

Gonna be playing this and Borderlands 2. 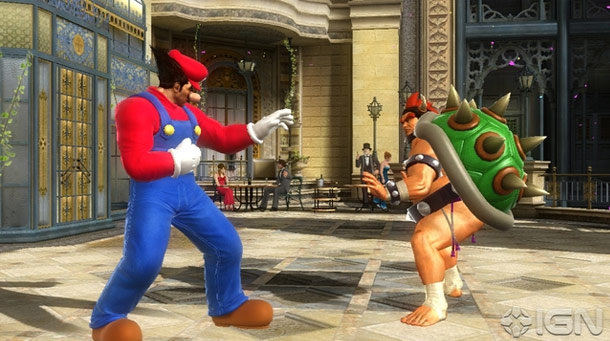 Think I'll do one of

eventually as the 2nd-in-line is already

but from PSO2 with no headgear. Can't get a snap today however till we get back home.

Further embarrassing was I was as awful as I feared.... okay so I tried that online mode for the first time ever and it was per request of a friend but I so knew I was gonna die. I failed that battle very VERY badly and twice.

First time I had no weapon at all, but then the 2nd match I barely got lucky till at the end and failed even after using that gun you see me with. 'twas a fail of -2 to 3 miss so it was a final-shot move but of course the odds obviously were against my favor. Even so, the gun still helped out a LOT. Was very hilarious btw.

Further through this is even more wacky stuff in Tekken lately.

The G-Clef note alters character voices in game as me and Ludovic were testing them out. He had Marduk while I was as Alisa trying them so he ended up sounding like a classic Sega-RPG character from the genesis at maximum pitch (as if chibified) while I sounded like I had a vocal-virus and needed repairs badly just like what happened to A.D.A. in Zone of the Enders 1 after that Tyrant Boss used his fatal beam attack.

That's not all, but even funnier was when we got to them ice stages. The one that either looks from Deathsmiles or the Frozen Citadel...
'kay so I was obviously as

Ludovic obviously was still as

Our enemy squad was Armor King and Lars at that night. Lars obviously was the smartest one but still taking it easy a bit though the battle was quite a tough one.
(retard alert!!) till one point I was trying to do a special self-developed combo. Lars got away when he hit the ground, running really fast. I knew something wasn't right and sure enough I saw a 10-ton Jaguar Knight who happened to have left green smoke behind him coming in like a meteor on me. I guarded but then had that "um, wait....WHAT?!??" look. Did he just...?! Oh good lord... Eww! 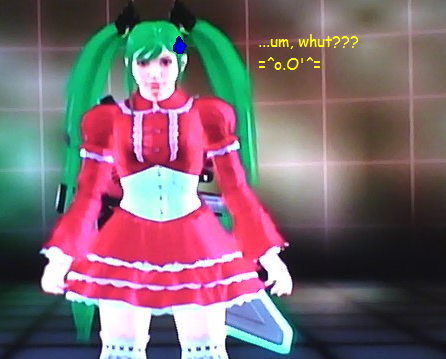 I most likely ran away and let Ludovic finish him off... but why the green smoke???
Day 2 came in, Bad Bat's back but this time with someone else. Same thing happened but this time

was on the front ready for the drop. He did it again and missed twice. What is this madness?! Gas-Powered Armor King???

Been a while since I used this "legendary" appearance in a long time, but anyway here's the latest vid of me failing at Tekken yet again

Please click the link and try to support before the "garbage" does.

And just when you thought I was gone for good...hmm?

'scuse me for bumping but now the game's glitched. 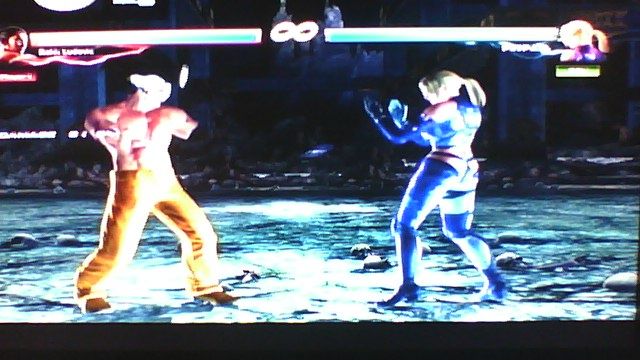 And just when you thought I was gone for good...hmm?