Public Forum Services has ended April 21 of 2017 due to mass inactivity of basic members and no new registrations. Few who still do roam around still have access to content of the forum.
For continued service, visit our new Discord Server after you contact the administrator
Log in
Who is online?
In total there are 2 users online :: 0 Registered, 0 Hidden and 2 Guests :: 1 Bot 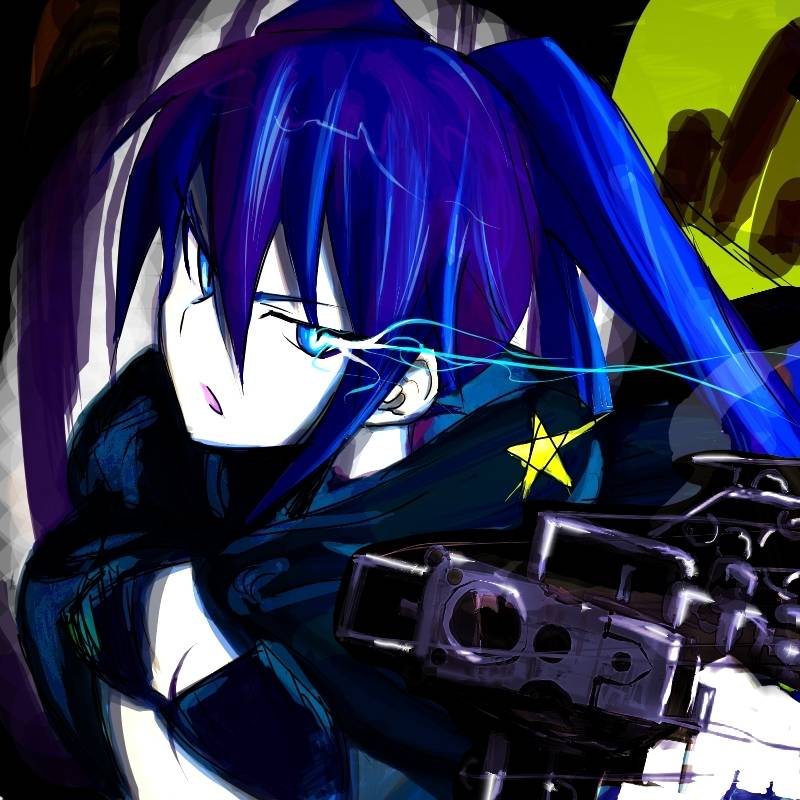 Out of all opponents in my battles, these three dudes (includes 2 girls too) really
just plain piss me off. In reverse order:


3rd Place: Nafe (Boss 05)
She's the one who murdered Rothcall in front of my face! Not only a character worth hating as a solid antagonist, but she's also annoying in more ways than that to boot! Second off, in St.5, she NEVER.EVER shuts up.... Ugh!! Even worse, at the end of ST.5 shesings.... awfully! If I actually were as BRS there myself, I sure would have screamed "Would you SHUT THE !(&@ UP?!?!?!?" at her myself! Just like in my blooper vid...

-Anyway, the boss fight with her making this broad 3rd Tier of my "Most annoying enemies of Stella (BRS)" list is the fact that she had me stomped at first; this boss is completely cowardly! First off, the part which I did get "stomped" was the fact of wondering "Why the hell did my buster fail?!?

"..... the chickenwuss hides behind her swarms of "Mini Rabbits" which I think might be over 15 or 20 in total. Like the Vespoid Queen boss of Monster Hunter Freedom 2.5-Unite, she drives 'em MAD!! They're hyper-aggressive and become a huge nuisance very quickly. I wasted items on my first encounter having to realize that this brat was such a coward!

2nd Place: Sing Love/WRS (FINAL Boss!)
A final boss. Simple as this. She's trying to act like White Len here toward BRS. Okay, so not really too much to hate about her, nor like either (I find W-Len much more adorable however, obviously) All I can say is that this girl means business, and has quite the power to be a suitable "Legendary" opponent for Stella, but tbh, she's actually not the hardest boss I've faced personally. At least she fights "Fair" compared to the other two on this list....

1st Tier: Lilio (4th Boss)
The 4th boss? Yup! This is actually the hardest boss fight in the series so far I have faced yet! First of all, he's FAST.... VERY FAST.... but as if that's not enough, he uses a Speed Boost to make matters even worse! He pairs it with an attack boost as well drench things even lower, but on Phase 2 against him is what makes this SOB the WORST boss I've faced off! He has the most cheapest move in the game: Sandstorm-EMP field! That, paired up with intense speed AND strong attack power actually costed me TWO game-over failures in a row! He's one cheap bastard and I personally find him FAR harder than even the final boss herself, having got me twice!

Wacky: Most annoying enemy type - Double Headed Titans
These things are annoying; perhaps the most annoying enemies in the game to me personally regardless of them never moving from one spot to another it's:
1: They are already moved to the side! NO Initiative lock-on attack!
2: LOTS of HP!
3: These boys hit VERY HARD to the face! OUCH!!
4: They attack very quickly!
-the 3rd one which actually was a required Middle Boss actually caused me to get a game over via a Draw Match! Nobody survived except Nana, who wasn't very impressed of seeing a draw and called it a "Fail!"

Aside of that, I've beaten the normal modes now and have to do hunts/Extra unlocking, and avoid getting hit by wheels & trashcans at the 3rd drive stage.
_________________
Queen of Heavenly Solace. Cold to the core.
"Better to have a cold core than to not have one at all..."

3rd Place: Sing Love / WRS (FINAL Boss!)
Well, she kind of hints to being in place like :admin1f:in a way...... though not as cute or polite as her. She takes the same place however as the alternate of Stella / BRS who's the same as

...... though the Len-Twins I adore both and get along with them, these two are a bit different.

2nd Place: Zaha (St.F- Boss: A)
This old man... some reason I find him epic and kinda cool! His "Dragon's Call" move is quite flashy too and he even has fighting Armor. A shame he had to be an opponent... In the extra missions after getting a better ending and he comes back, he even offers "Cosmic Karate Training" which I can hint that he's both interested yet doing his job as an antagonist unit at the same time. Even against him in a casual boss fight, he's not all TOO brutish either. I can't hate him.... so he takes 2nd place as an interesting boss.

I'd try that... but expect either some ryona or just plain solid yuri from me on you.