Well I just did something very, very bad and stupid today and will admit that if anything else happens then don't feel any pity for me. I just been duped to make a deal with the devil and with no knowledge of what I just done. I'm spiritually disturbed about doing such a bad move and feel that things will start to get ugly very soon...

I've been tricked into doing something for someone and of no knowledge of what trickery it was for. They buckered off like a happy deer with no gratitude and no reply of what they duped me for. Because of that, I've got a bad feeling about what I just did.... and it's really starting to get under my skin. This isn't any normal qualm either, this is one of those cases in which I know something terrible is going to pay off, and it certainly won't be a good omen. I'll regret doing that mistake but the damage is done already and can't be undone so I'm screwed.

Having been duped, that's natural because you're too benevolent and people will take advantage of that as soon and many times they can.

Claiming yourself at that tab, I will slap you myself if you say that again. The one who did the trick should be the one to blame and if anything happens that is. At times I understand that one could never be "too" careful but at times you seem too worrying. I doubt anything could get too serious, and besides if they did pull off something bad then actually they will be the one to pay the price.
_________________
I pray for your death to take you soon and painfully,
you disgust me! Curse be on you...

Was embarrassing still and I'm not exactly happy about it but oh well, guess you're right. Can't be avoided anyway.

Regardless though and changing the subject now:

Hello.
This might be the wrong thread to ask, but I'd like to inquire about your well-being Ara.
Is everything alright? I haven't seen you in a while, although I am aware of massive time-zone differences. Bit worried also after reading your post on the team BBS.

Ah, that. Things have been quite a tab hectic every now and then; however, they are getting better ever so slightly. Sorry I had you worried lately.

Just dropping a (bi)monthly reminder that I probably still exist.

Glad to see you still arrive at times. It's a relief that I know friends still stay with us.

Ah, thank you, those of you who still care about me.
I have no idea why certain damages taken place this
time but it was grim and having to "restart" again really
kills my mojo with the other stuff. I guess my elder
twin sister is right when she said I'm often too trusting
around other places....

well, suppose i oughta share a bit of what happened with me over the last year or so since i been here. as i have been, had to take care of my mom until she recently passed away a couple weeks ago. as soon as my dad gets his new paycheck, we can get my IDs and such replaced, letting me go to the DHS for food stamps, and eventually a job

as i told Arala, i got a PS3 a few months back, and since been building up a library. of the games i have, the multiplayers are Persona 4 Arena, and the sequel Ultimax, Injustice: Gods Among Us Ultimate Edition, Wipeout HD (from when psn was attacked), Mortal Kombat Arcade Kollection, and Scott Pilgrim vs the World. majority of my games are single player, so i won't really bother listing those, unless anyone's interested

in terms of steam, i made a few Skyrim mods and shared them on the workshop. then laziness set in, and my next sword is just sitting there unfinished on my computer
_________________

Oh? You can make mods? I want to know how to do that too. Speaking of which, well aside of the 16th of this month being one of the worst days of my life this year and again yesterday, Samurai Warriors 4 is out and it actually did a fair job of lifting my mood a bit along with PSO2 (unless of course cases like yesterday; pesky "people" around my house endlessly harass me which took my entire day away

well, i can only do weapon mods for skyrim, since i learned it from someone i follow on twitch. he'd stream his whole mod making process from start to finish, and i'd ask him for help on the subject whenever i got stuck. but i managed 3 swords from the manga/anime Rave Master (or Groove Adventure Rave for the japanese title). i got the base sword that has no special properties, the Explosion sword, which fires off a fireball spell every time you hit an enemy, and the Silfarion, which gives you a triple movement/attack speed boost when it's held in your hands. major thanks to a guy at a papyrus scripting forum on getting that sword to work for me - http://steamcommunity.com/profiles/76561198000932485/myworkshopfiles/

there's also a follower and another weapon mod in there, but those are mostly just texture edits with some scripting edits to make a new blend of silver weaponry
_________________

Gonna do a new vid with Igarax tonight on one of the most exciting bomb battles ever which had me screaming in both horror yet also amusement.

finally got one game to work on my softmodded ps2. just booted up Kingdom Hearts Re: Chain of Memories :3 now tempted to look up any other ps2 titles i wanna get my hands on again
_________________

As for my recent case: 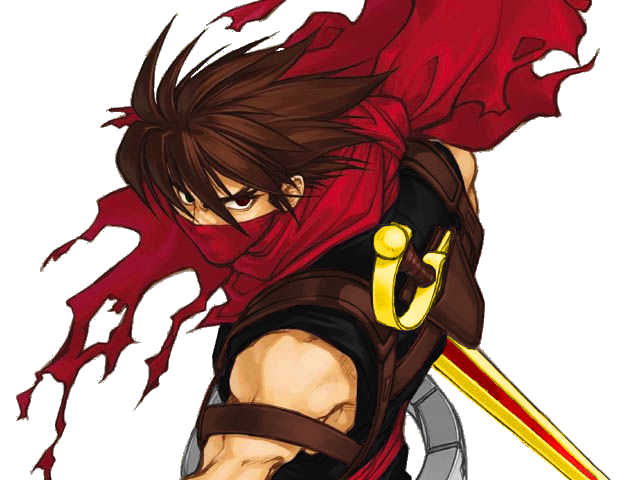 It's a shame that Facebook had to disable you. I still come around so you know that I'm not hooked to it and still do care about you. I just have had my hands full lately with daily offline life situations at most thus I don't have a chance online all too much.

well, i messed up the lens on my ps2, so now i can't play my backups anymore x.x but for a good thing, went to gamestop and got BlazBlue Calamity Trigger Continuum Shift in the wrong box XD apparently hiccup from the previous store where somebody didn't pay attention to what they were shipping
_________________

Well seems there's a lot of stupid idiots around lately. Such BAD MPAs, they're all total losers and caused me to stay awake full overdrive for NOTHING but to fucking lose again and again, I'm through. I hate people so bad! They can't even stop a level 80 Magatsu like, at ALL whatsoever.

The damn thing most likely tried to murder me over several times, failed each time unlike with the rest of those weak fools dropping like poison-bombed vespoids on the spot but because of that he always fucking wins, these people are TRASH omg. THREE GROUPS AND THEY ALL FAILED SO BADLY!! The second one was the worst one while the first was hardly close compared to the last two. Last infamous words were "maybe you should drop to SH since you suck." That's sure comforting, seriously!

Edit:
*an pair of ARKS agents (Patty & Tea) come up and Patty hands her a pamphlet, the letter reads*;

Maintenance Contents
•To correct a bug in the Advent of the Annihilator Emergency Quest where attribute values granted may be low.

They plan to distribute the following items in the future as compensation for this maintenance and bug.
•+100% Tribooster (x2)

Um.... okay I take back what I said. Scratch that. I guess it's understandable something wasn't right, the same as with the first time they've detected Dark Falz gone codename "Loser" when he was overload-mode...

edit 2:
NOPE, still terrible. Several days in a row, NO wins. God I'm terrible and should never be in any team if I'm this weak.

well, i'll be on steam if you want to play something with me, or just want to watch me play.

Gave up control of my "guild" to a friend. This triggered people splitting off and leaving the server. Friend gave me control of the guild back and there was much rejoicing.
_________________
The mysterious young man who possesses unsurpassable skills in swordsmanship and airship navigation.

Now that's rather odd. What went wrong in the first place even? Oh well regardless, it's good to know you got that fixed though.
_________________
I pray for your death to take you soon and painfully,
you disgust me! Curse be on you...

Person that I had leading the raids was an asshole. I'm an asshole. Put two assholes in the same room, shit's gonna end up going down. And it did.
_________________
The mysterious young man who possesses unsurpassable skills in swordsmanship and airship navigation.

Such bravery to come up to say that on the front line.
(though you're not really one. lol silly! Maybe the other guy is, but don't bash yourself for that loser)
But anyway, as my sister said, glad that got fixed.