Notice: For those who are concerned

Notice: For those who are concerned 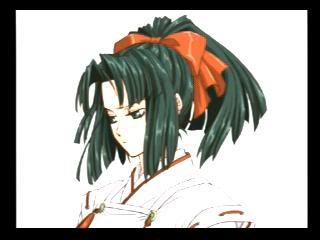 For those of you who are concerned of the absence of the main administrator: Arala Cran; that was my initiation. I had to take some personal time with her and Ivis offline for several days due to the fact that actually I have noticed she is very unstable as of late. To say, I caught her almost doing something that she shouldn't have even attempted and that's why I had to make a point for this.

I am told not to tell of her condition by request of Ivis, and I have no idea as of how things have triggered this matter, but I will say that I am aware of why things have not been looking well for her younger sister. She has been online for too long so the three of us have decided to spend some time together offline for a few days in order to discuss personal matters and, more of the likely, rehabilitate the admin here. I don't think it was entirely successful since she still was questioning about others around lately, but for those of you who were in question of where she has been, worry not because she will be back by this Thursday, or late Wednesday night.

P.s: Till then, either I or Ivis will be checking in for her at the time.

Notice: We have gotten quite a few new devices and such around here, I have yet to get used to them, such as  Arala Cran's new personal computer (which I am using to leave the check-in for her. I am not used to hew Windows 8.1 OS) and that we have finally gotten her a Playstation 3 which works properly.

Random notice: I still need to learn how to use it myself. I saw it said several messages have appeared but I've no idea how to examine them. As for a different and more light-hearted case, when done with rehabilitation, I will most likely say that the game Dynasty Warriors 7: Empires is quite a challenging yet fun game even for me to play, but I shouldn't be so greedy and should more rather let her play it instead.
_________________

Thanks for announcing this one. As for further bad news however, those who actually do care (which they really might not other than just pretending that they do anyway

) my sister will be away for a much further delayed time as for today I found her sick and barfing her guts inside-out this morning. Ouch.

So yes, still unstable. Till later, Sayo here is going to take up the front line at most, but don't be too pesky, and make sure to watch your mouth by the way because she is highly religious and follows the rules just as how a certain someone or two should be doing who are a bit too popular around here in the high ranks.
_________________
I pray for your death to take you soon and painfully,
you disgust me! Curse be on you...

Hm. I'm certainly starting to worry. It's been quite a while, and with those rather bad news, I just hope she gets better soon. Much a shame that I don't have much contact with her outside of just PSO2 and those forums...but nevertheless going to check the forums more frequently to see if there is any news of her being a bit better soon.

Sorry I had everyone worried, don't worry about me though. Sadly however, I just got back from rehab and will have to go back out again to rehab. I'm still spaced out, and certain people are trying to test me again.
_________________
Queen of Heavenly Solace. Cold to the core.
"Better to have a cold core than to not have one at all..."

Back, and got better.

Thanks for the concern everyone, also take it easy sis, I know how you feel and took what you said seriously.
_________________
Queen of Heavenly Solace. Cold to the core.
"Better to have a cold core than to not have one at all..."