Discuss all about it here; the latest Dragonball series game yet and also is perhaps the first one I actually own which is NOT a demo. This topic can cover all over the PS3, PS4 and PC (Steam) editions of the game. For better information, refer to this review provided by our fellow staff member Satsujinki himself! Deffinetly worth the buy of $75 (well I got it as the most expensive price I could find for bonus content on steam for now, I will again on the PS4 version as promise to him, just like old times, to join him once more once this cat gets her paws on an actual LIVE and new PS4 later this year

So, wtf is Dragonball "Xenoverse"? It's all noted here by Sayajin Mui himself! :

The world of Dragonball is in great peril because of a time distortion by some creeps (not spoiling it!) and this time, for a first ever, Future Trunks calls.... YOU (yes YOU! as a custom character for a first!) as the future agent to join the Dragonball Saga to fight for the future! Join familiar faces in duels with or against in groups of three on three, such as Goku

,
Piccolo, Gohan, Vegeta, Radiz, Yamcha, Kirlin, Perfect Cell himself even, and of course Trunks, with several other faces to become the savior, having been bought a chance meeting by the legendary dragon himself as a wish from Trunks!

There's also local and online Co-Op or PVP play. Again for more better info, please go the review from the above and/or ask Satsujinki about it. I'm just getting started as a practice phase before I get to a PS4. I did promise him directly, and I plan to carry it out even if I'm sloppy. 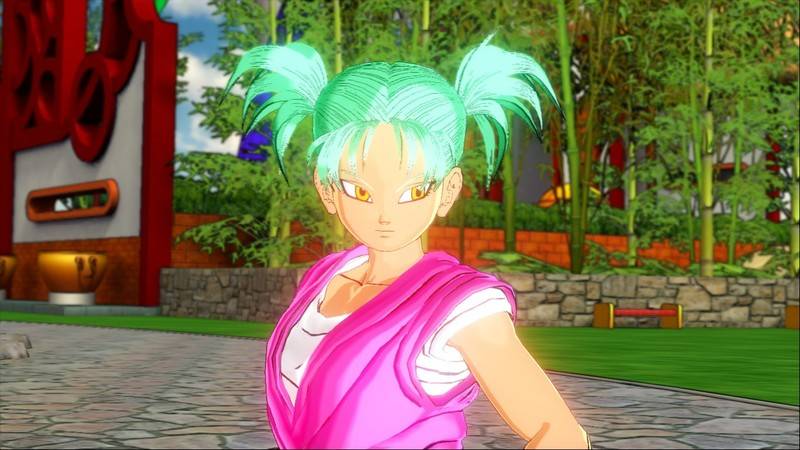 Anyway, expect talk about it, questions, and screenshots, etc. all about the game here for all versions.  For example was my eliminated question:

"Woah wait! I'm just a newbie girl here to the game and all of a sudden I'm 'penalized' just for starting up and going offline because I ran out of time doing it at night!? What did I do!? Am I going to be in trouble?!"
Well this question was eliminated by two answers which I asked in a different spot (and was a bit of a suicidal move due to the excess of other jargon going around after the two answers were already set......)
1: "Bleh! Don't worry about it, you're not really penalized at all, silly! Is your name really red? Nope, it's just a glitch. Others too panicked at this, so it's nothing."

2: "You just started. Well it's because you haven't gotten past a certain part yet (defeat Vegeta in the Sayajin Saga) to unlock it yet. It's actually just saying that you're not able to go online yet, but not penalized. The developers didn't put a better message up for this yet, just keep playing and it will stop."

So yup, guess I panicked for nothing. I'll just go a bit further and see what happens.

Current progress: "Body Snatchers!" (I have to use the body of a boss character after blocking Goku from being affected by the attack. I'll also be providing escort time for Kirlin and Gohan aboard the ship as they confiscate the Dragonballs and make their great escape)
_________________
Queen of Heavenly Solace. Cold to the core.
"Better to have a cold core than to not have one at all..."
http://www.google.com/profiles/109739034144757014503

was about to get this game last week, but both gamestop and walmart were out of it x.x normally i would go for a psn card and get it there, but i have a friend who wants to check it out more for himself before he made the purchase, so my own purchase was cancelled until it got restocked
_________________

Aww, well that stinks. Hope you can get it soon!
Random notes of progress: I just got Piccolo as my mentor this time since finally able to find him and he taught me a new move.

I armed it in 2nd place under the generic Kamehameha and I can see why it was almost classed like it; first off the equal: both charge up and both take 100 Ki to use, the Con: unlike the generic kamehameha, this move has limited range of medium-short and also it doesn't combo on contact either so this move must be a well-timed highly-precised decisive strike.... BUT here's the Pro: despite the poor range of this move known as the Evil Blast which he taught me, if I actually DO use his attack against a careless boss character even, one word: "OUCH!" that took like more than 60% of even a Boss's HP off in one shot! Regular smaller enemies such as the Saibamen take over a whooping 90% of a mortal wound from this attack!
_________________
Queen of Heavenly Solace. Cold to the core.
"Better to have a cold core than to not have one at all..."
http://www.google.com/profiles/109739034144757014503