Quite a new SHMUP from Moss, the developers of the legendary Raiden series.

It's of course yet another verti-Shmup like Silpheed and Castle Shikigami, and of course, Raiden.

This one shows who's flying his/her fighter this time, including the bosses piloting the gigantic mechs. Shame it's just as short, but there's an "Evolution" mode which, like Deathsmiles, adds extra stages; two bonus stages, into the fray, which gives a good chance to power up a player's fighter to max if done just right.

There's one off-tab notice however; this game also provides quite some fanservice (rofl!) for protagonists and bosses who have taken pain, so be warned there's partial nudity to be alerted of. Not only that, but on a side note, one of my favorite protagonists who happens to (unfortunately) be a neutral-evil personality kind of girl happens to have some super-suggestive lines, lol!

I won't mention who's who in ranks so to prevent spoilers but.... again, warning to incoming cadets or faint-of-heart veteran pilots, there's some very suggestive transmissions shared here.

Also notice, these are from the Playstation 4 version, so there's a size warning. I will also set link and spoiler mods to reduce memory comsumption in case your are on a back-up device such as your iDroid (lol sorry Metal Gear puns ftw!)

Seems these cats are heated for battle, and.....?! 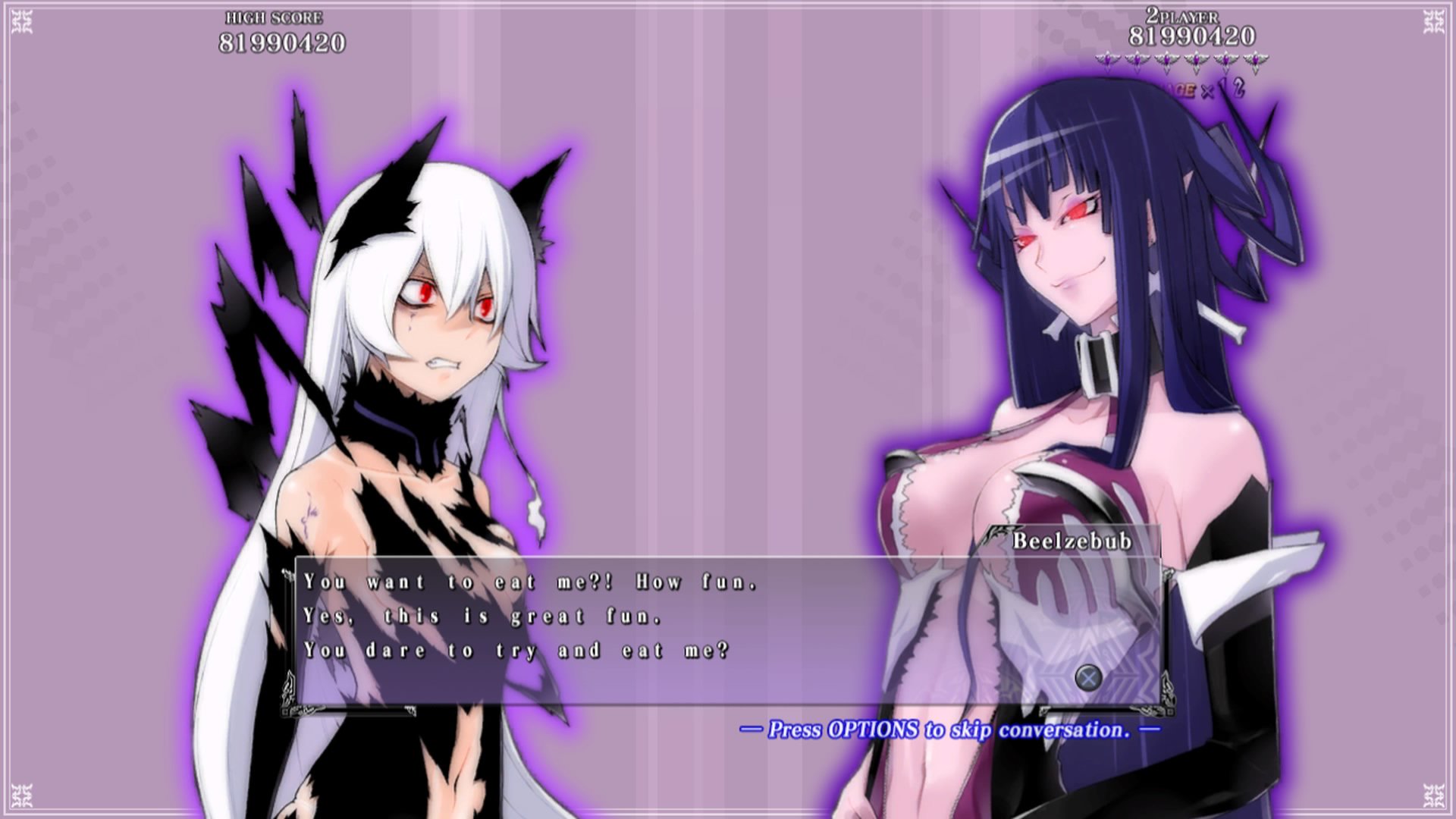 Wait, what do you mean by "eating" her, too? Seriously you both? 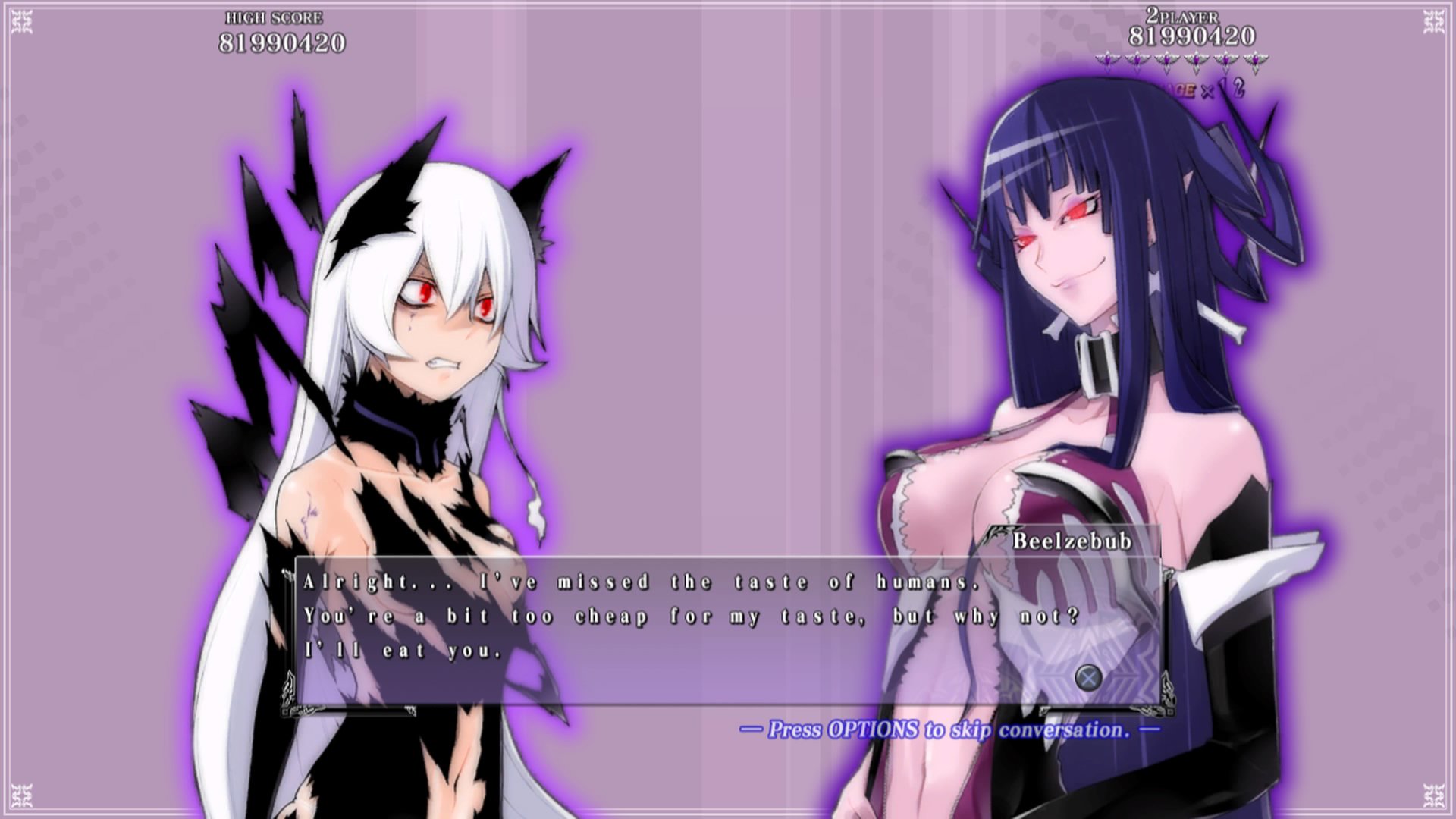 Uh-oh, ok so boss is down, but now showing a little more stuff and....? "I want it!" ...really now? Just how much more suggestive can you both get? 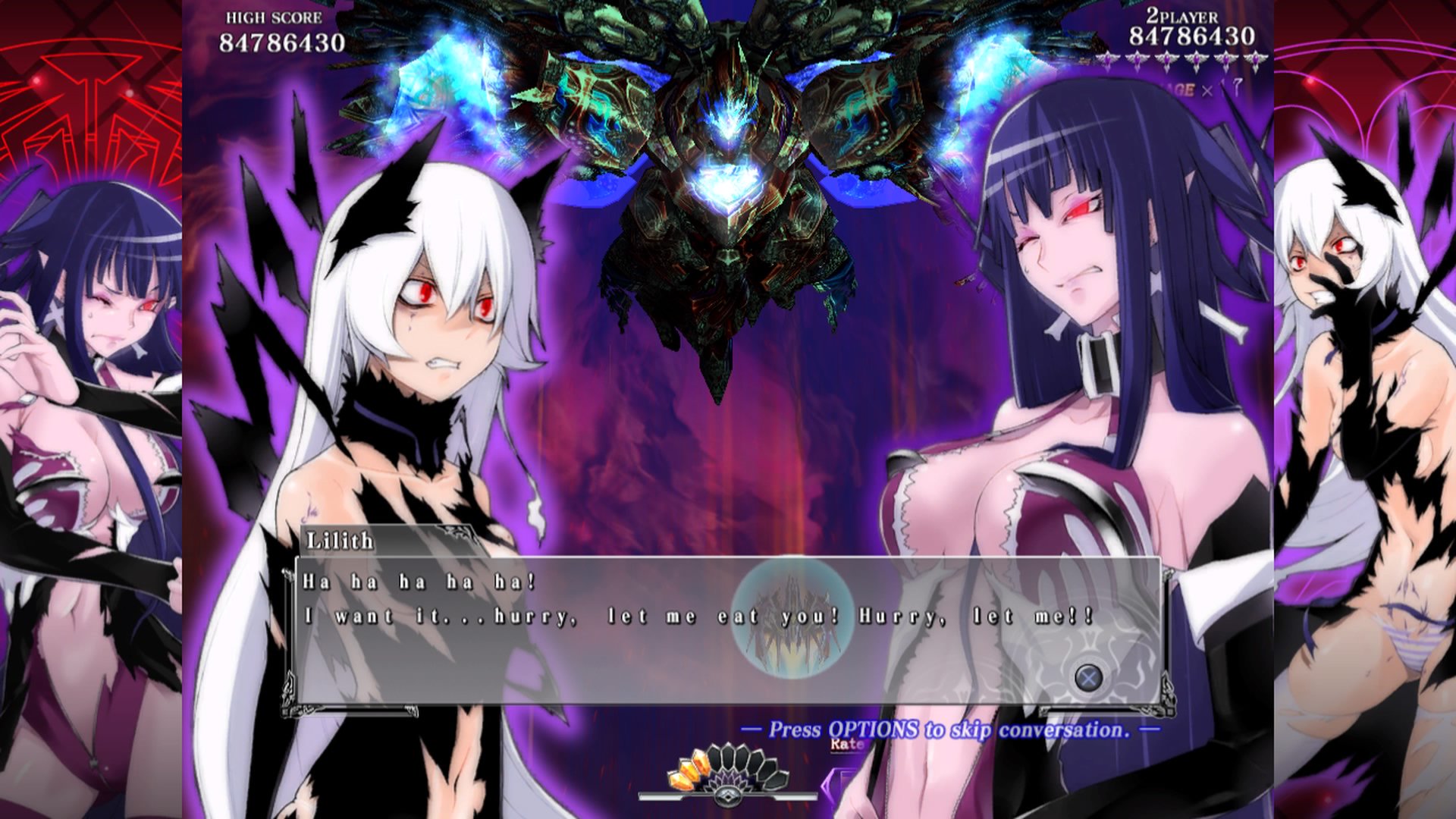 Ok now "getting eaten might not be so bad..." followed up by Lil's facial expression... that just killed it! Super-suggestive material there! 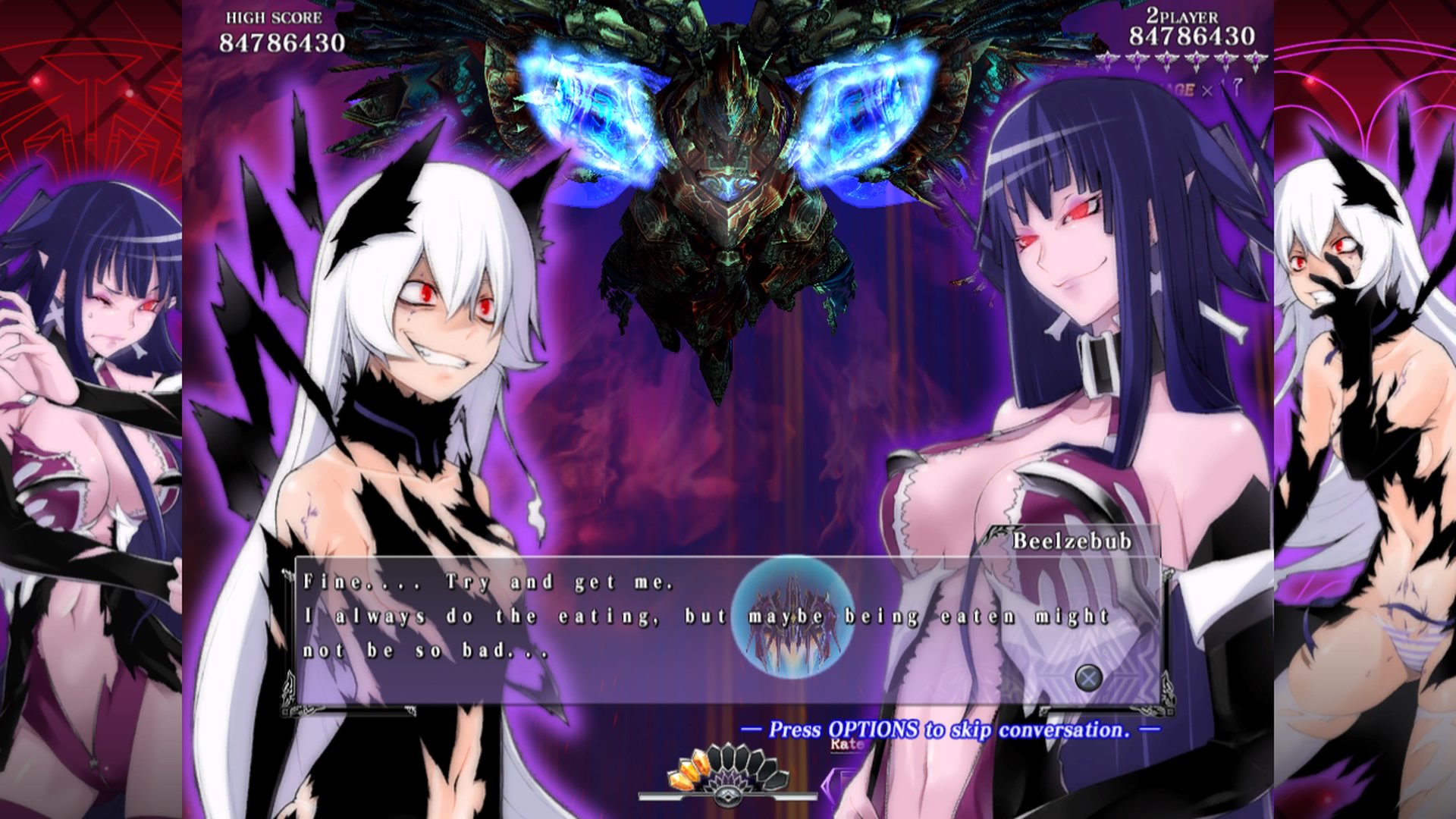