Soul Calibur 3 - Free for all

(okay gonna keep with the spoiler tag so nobody gets offended but can't resist!

DO NOT CLICK IF YOU ARE OFFENDED TO SUGGESTIVE THINGS!!)

Spoiler:
Show me your bottoms!

Aww I like it better in SC-BD, but still gives me ideas of what I want later

Aha! Take THAT scythe-girl! I know you remembered when Fumiko did this! Yet again you don't have your scythe either, so I'm also gonna have fun with you!

(Don't worry, I won't hurt you after though. Also enjoying the up-close view

)
[You must be registered and logged in to see this image.]

Cute garters there.
[You must be registered and logged in to see this image.]

(but I don't mind taking it there from you)
[You must be registered and logged in to see this image.]

@ Vastell:
Awww, did you have to? I liked the other one you had at first. Was cute 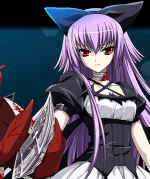 You naughty girl, Cere-chan!
_________________
The mysterious young man who possesses unsurpassable skills in swordsmanship and airship navigation.
[You must be registered and logged in to see this image.]

Due to a minor misunderstanding, this topic is now open again. I apologize for any inconveniences this closure may have caused.
_________________
[You must be registered and logged in to see this image.]

I'll uh... reel it in a little ^-^;;
_________________
The mysterious young man who possesses unsurpassable skills in swordsmanship and airship navigation.
[You must be registered and logged in to see this image.]

10 to 1, I probably wasn't being all that helpful with my comments.
_________________
The mysterious young man who possesses unsurpassable skills in swordsmanship and airship navigation.
[You must be registered and logged in to see this image.]

It's fine. I'm glad you all were not offended though, but now I have to explain to her to fix up my lecture time.

Soul Calibur 3 Units -
Card 1:
1 Arala Cran (out of random, very FIRST character she created without notice! Was supposed to first be her personified self but so happens to reveal herself after a dream and merely short progress afterward later)
2 *Her character-personified self,
3 Kaguya (Bydo-Xianghua) in her first appearance,
4 *MY personified character looking like Ling Xiaoyu

*will have to check and re-correct later*

Card 3: Lucifer (Ludovic's) characters, all 10.
*too lazy to give out names for his, lol

19 Tenshi (original girl done in Luke's artwork in class. this is actually not her name, as she doesn't really have a name)
20 Xianghua in a mage-like outfit

21 Amy in another mage-like outfit

23 Raphael looking a bit like Raiden from MGS2
24 ??? *a new goth girl made by LurkerGear-V

Soul Calibur 4.5 Broken Destiny Units (PSP):
Card 1 (Arala Cran):
1 *her personified self again (shared in saved file on GameFAQs.com!),
2 Arala Cran with a even closer-to-original look almost exactly from Castle Shikigami 2, but with armor and the cost of shorter (mostly tied-back) hair *shared in saved file on GameFAQs.com!,
3 Kaguya (Bydo-Xianghua) with a more armored look breaking the screen (lol!

Sophia Esteed in her Black outfit (rather extremely aggressive here even more than in she ever was in Star Ocean 3! Was even thrown out once but bought back again.) *shared in saved file on GameFAQs.com!
7 My personified self again with a more exotic dress

8 Vastell (Luke as a catboy and even with matching colors and even some outfit parts to that of his lover in-game, how cute!

)
9 Fumiko O.V.
10 ??? Some random catgirl which Prisim-Force (Sophia) made in-game who carries a large sword or other very dangerous and massive weapons compared to her cutsey voice and tiny body

16 White Len (with a slightly more accurate look to Melty Blood, though she has a different dress and uses a Rapier like Amy)

Sophia Esteed in her normal outfit
22 Mao (not as an accurate look for her compared to SC3)
23+? (all empty)

)
2 Kaguya (Bydo-Xianghua) back again, elder and with an even more sexy voice and the rumored altered hairstyle she has in Fighter Maker 2, but this time wearing some armor and holds a Long Bow like from Phantasy Star to shoot her enemies down (can't in game)
3 Casper from Deathsmiles (uses Devil Jin's power!)
4 Arala Cran (rather helpless without longer hair, and no longer can get her scythe, so she doesn't appear as much here. Uses either a massive axe, Greatsword like Siegfried, or Devil Jin's power to actually fly however like in Shikigami no Shiro 2, powered with lasers to make up for the loss of her natural weapon mastery. Will wait for updates to release a style that gives her this back and longer hair before she goes around again)
5 Crimrose: Seraph Mode (no longer normal, but no longer can use a Rapier, she uses multi-weapons like Hilde now)
6 Ivis (Senthia as Ivis

)
7 Vastell (Luke as a catboy but this time with some outfit parts like Jin!

)
8 Ludovic (character-personified himself again with Monster Hunter armor)
9 Yamato (character-personified himself for the first time in a game with some heavy armor like Nightmare from the previous versions of the game)
10 Dirty Maid (MY maid! Total pervert who uses Dampierre's techs and does the funniest back-walk animation ever! Btw, this look here is wrong now, I let Len edit my maid and now she has a larger pair, a full maid dress, longer hair, and a cuter voice

Hm? Well I'm the only girl here who uses that name if you didn't figure!

)
12 Aisha-VP (Void Princess, no longer a beginner)
13 Elsword-LK (Lord Knight, once more)
14 Raven-RF (Reckless Fist, and his first appearance in Soul Calibur ever!)
15 Sieg Warheight (Main protagonist boy from Chaos Legion, and of course, summons a Leigon Unit..... like Z.W.E.I. made from Len for Ludovic

18 Tira in XIao's dress (kinda find it hard to both like or hate her, lol)
19 Goshikku-Zhen (original Succubus girl I made who's rather large in B-size, rather tall, muscular, and made to have the flirty looks yet has some heavy armor on)
20 Squidol Girl (a bit less accurate look for her than in SC4)
21 Algol with a business suit (needed to give him that epic look

)
22 FONewearl (incomplete without her trademark: her hat! She can't find it anymore!!

)
23 Len (from Melty Blood once again, but she talks rather much for her normal habits here, lol)
24 White Len (holds her boss-level powers as always this time around; able to shape her ice to match any and all of the other of the girls' Ultimate Weapons in Divine mode!)
25 Mao (even less accurate of a look for her here than before, but at least more than in SC4...)
26 Steiner (a random pervert boy who's around to counter my maid? Oh my...

)
27 Len Tamiko/Ren Tamiko (That same mage girl. Her voice dropped back to somewhat childish like in Disgaea 1 here, but regardless she is super-muscular under that cute dress, and here she almost exactly looks like her MB-Counterpart:

Tends to feign her "clumsy" act while actually very dangerous and could switch back to using giant swords eventually, but she tends to flirt while using Pyrrha's -Normal- style yet at the same time often pulling off quick and painful killing blows if she catches a fool who is careless!)
28 Tenshi (back once more, newest unit here on the roster of this time!)
29 Artemis (same Beastmaster Catgirl back again and once again still using Nightmare's power thanks to being from the Netherworld of Disgaea, but packs one nasty Critical Edge/Arc-Drive! OUCH!! Unlike in Disgaea since she too has grown, she is super-tall here!)
30 *a remake attempt of Amy (Didn't go so well either)
31 Alucard (AKA: Rachel Alucard!)
32 ??? A perverted boy who uses Xiba's style against girls especially
33 Pril (from Trouble Witches! Cute.

: Since things aren't going normal for me and they have yet to
replace the Raven Hat which suits me, I might have to switch over to one of
the outfits from Phantasy Star Online 2 instead without it. This sucks, I miss
my hat. The new one in SC-5 sucks and it's smaller, and not "natural" enough.

TBH, it was the only alternative headwear I'd choose if not sticking with my
favorite Cat ears.
_________________
Queen of Heavenly Solace. Cold to the core.
"Better to have a cold core than to not have one at all..."
[You must be registered and logged in to see this image.]