Just started this game and I'm loving the visuals on my HDTV.

: Is it like SO-2 where you can select either boy
or girl as the main unit this time? Better yet, is it Two Player
in-game instead of unlocking it as a VS mode?

Oh, and I agree with Omega on that line.

Star Ocean: The Last Hope is officially heading to the Playstation 3.
The latest Famitsu issue reveals that the previously Xbox 360 exclusive
game will be ported to the Playstation 3 as Star Ocean: The Last Hope
International.The upcoming title is more than a straight port as
it will contain new characters, better menus, improved targeting during
battles, and dual-language support for English and Japanese in addition
to subtitles for multiple languages. Star Ocean: The Last Hope
International will be released in Japan on February 4, 2010.Although Square Enix hasn’t confirmed a North American release yet, a recent GameFly listing might have leaked their plans.

Woot! Now if I only had a PS3.
_________________
The mysterious young man who possesses unsurpassable skills in swordsmanship and airship navigation.

A very good feeling Victory Dance for me in SO-3!

After four long, humiliating years of failure and seemingly futile training, I've finally
handed that extremely annoying excuse of a cheap boss in Sphere 211; Lenneth,
her sorry broken-up ass right back, and a "You're BANNED!!" tag in her face!!
Disappointingly though, I lost over 8 battle trophies I could have kept from this
retard over three years ago after approach, and in the end, she only gave out
something that could be given to one of my weaklings who were unsuitable for
that fight (bummer!). Aah, that was so... blah. Oh well, I can care less about that.
there's only one thing I'm happy about over all of that:
The moment of victory... I LOVE it!!! I'm so very happy right now!!

Carrying on, there was only two bosses remaining. Our targets were: Ethereal Queen, and Freya... 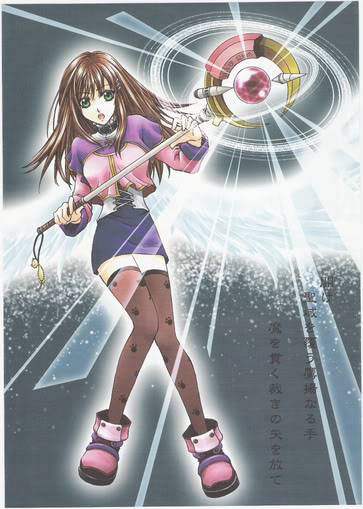 You call ME queen, for you didn't even stand a chance on the first loop!
This boss was very sore, I fragged the Ethereal Queen after merely just meeting this loser, slamming her around like a basket ball. There was only one exception as she "had something to say", the irritating final attack: Celestial Star. I kept bombing her with EM bombs though every time I even saw her flinch with that move.

Gratz on the victory, Renetona. I can't even beat that friggen bastard at the end of the normal game. Damn AoE attack.
_________________
The mysterious young man who possesses unsurpassable skills in swordsmanship and airship navigation.

defeated the six wing ephemal queen in SO4 this week, now to kick ass in Resonace of Fate (more on this later, but let me say its absoul-fucking-lutly awesome)
_________________