Do want, and love the new additions they have shown so far. This is what I've seen:
[Only admins are allowed to see this link]

Also have stuff from Vocaloid and Evangelion.

When I first heard about this over at PSO world. I came. I cant freaking wait for it. 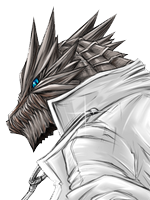 There were confirmed screens of the game becoming translated into english, so we're saving up for it now. All we have to do is wait and get at least $10 more meseta [Only admins are allowed to see this image]

I've already got 30+ for now, and I'm sure it will be expensive since Phantasy Star was always a good series. Now we have to keep training and such until the next SEED remnant outbreak begins and go out to exterminate them with new skills and such. [Only admins are allowed to see this image]

[Only admins are allowed to see this image] : Well you best keep the Meseta in stock up and that Photon
Mastery going! The next SEED outbreak might just take place in approx.
September 14 this year!

I wonder if Vivienne is still somewhere to be found.........?
........and who's the new chump behind this storm? I thought Helga
got banned by Vivienne.

So much for what you've thought of, that won't be happening any time from being reduced to $2 now.

Don't freak out about it so much, you still have at least the rest of this month and another before september 14. At least the issue was fixed.

Exactly as she says. Now that the mistake was made up with twice-fold the loss, I'm interested in that game myself. Try to leave a spot on the roster for me to make a character when you get it, please.

: Great... this is yet another game which

got replaced by
^ instead, lol! First was Soul Calibur: Broken Destiny (because the
voice picked for her was actually Amy's voice and I thought hers was a so-so
type, but found out the hard way that um, Len seemed a bit way too arrogant
of herself to be in there, so she got replaced by her tatari-self instead on this
higher version of the series.)

Same problem happened on this game; in PS-P1, Len was almost perfect
except for not having her hair-ribbon, she hardly said anything at all (in
fact, she didn't.), but the voices for the girls in PS-P2 don't match for Len
because they're either too energetic, or too energetic + Arrogant, which
for a point now that White Len is stuck running around in PS-P2 with Len's
name almost as in Melty Blood: Re-Act (was it that one?) The name is left
from Len, but it's actually not Len; it's Shiroi-Ren in her place. I've even
had that proven on my Partner Card on her profile in the game, so meet me
on PS-P2 in a room called "Act Cadenza", password is straycat (case sensitive!)
find me around by 12:00 or later. I may not be on that long, but you might
find me around there if you already have Phantasy Star Portable 2 on PSP.

You'll either find me around in a room by that name or "Shikigami Force"
under the same password as my original self (Renetona Cran), or secondary
incarnation (Arala Cran) or even as "Len" (AKA: White Len) trying to train
myself on the "Burning Snow" or "Polar Rumblings" stages a LOT, since I really
do have a thing for the snowfield stages, lol!

I can't stand the PSP joystick, it's gonna drive me nuts. The nub is unreasonable for precise movement

lol we got used to it, but when it starts getting stuck and having a character run a wrong way, it can get bad.

I'll be available all this weekend for play. Let me know who wants to party

: I'll try to get on in weekends or if very late at night during Tuesday or Thursday, or whenever I can while on Monday & Wednesday.

As for a roflcopter roll of the time, someone who I bumped into recently
named Jackal was so daring even with a lvl 162 buddy of his who was a
girly cast carrying a huge rifle (forgot her name, sorry. Started with a "B",
but can't remember) and leaving no room for long ranged retards...
......at first. The third person was another beast girl who was
smaller than the lot, but had an awesome weapon! Of course everyone
had better stuff than I did, which sucks *sarcastic face*... but out of all
the madness, when they went to the hardest area in the AMF-HQ, all hell
broke loose on everyone except me (but every now and then I had to
deal with some unwanted attention!) Them pesky SEED-Gorilla bots
(need to get the right name next time, sorry!) once again kept everyone
on their toes and sadly for the boy and the other two girls, they were
dropping dead like flies to the bosses, except me. I didn't fall once. LOL!

PS: I hate the way they just had to remove the resurrect spell and
the shield spells!

I noticed that they're really lenient on hacking. Kinda takes the thrill out of the game.

ah, found the thread XP also, idk about hacking, unless it's just the new PSN maintenance, but i got cut off a few times, and the error code that pops up usually relates to those using a hacked psp. if i manage a party without getting DC'ed, i do have fun with others. on a side note, here's a screenshot of my character

[Only admins are allowed to see this image]

That's a clean screenshot? How didya get that?

Also in regards to Grass Assassins which have been boosted in difficulty ten fold from PSO you should use an Photon Art that can cause knockdown or has high hitstun. Also hit helps if you strafe around to their side for a quick hit. I don't recommend slow weapons or a photon art that takes long to launch.

For those who have Custom Firmware, there's a program you can get for your PSP that can take in game screens. If you get RemoteJoy working, you can record PSP gameplay movies too.

well, i got through that mission finally. and as for the screenshot, you can get that with a hacked psp XDDD if it ain't hacked, you can't do screenshots XP

Ubuntu is a 'Point of Sale'?

Anywho, I'll agree. RemoteJoy was a pain to get working properly.

I added a character even from PS-P1. Same data is shared on Len's memcard though, lol. I want a maid outfit........

i have no clue if there's a maid outfit. i just went for the archer outfit for Casts, the Miku's Leek weapons, as well as Excalibur and Kanshou/Bakuya XP i fukken hate 2-handed swords in that game. it's hard to combo w/them DX

There is a maid outfit. Two I think. One from Phantasy Star Universe: AotI and one of the MySynth outfits

yeah, i just looked and found one called Maydi Suit, which comes in a variety of colors lol

i just don't understand one thing in this game. how come the Casts are diff than in PSO? i'm getting poisoned all of a sudden, and i didn't have that in PSOBB