Finally, a Touhou Section is up.

So i will kick off things with this thread.

We got a Touhou section?

Anyways, I don't have a favorite yet. I haven't seen/played enough Touhou to have one.
_________________
The mysterious young man who possesses unsurpassable skills in swordsmanship and airship navigation.

The immortal creature of the night, lady of the Devil's Mansion, Remilia Scarlet

so many to chose from

: Hmm, I'm more into Castle Shikigami instead, but.... I
guess I'll pull out a few cards or so since I tossed this section in
here.

They said on two different quizzes:

First result ever: Alice Margatroid (can someone fill me in on her?)

Second result: Youmu (OMFG!! The girl who was acting like a rival to
me in Mugen and caught in the epic and wide-used screenshot titled
"Shikigami no Shiro vs Touhou"!! Later on she layed off and decided to join me in tag-team from random, then now they say that I have something to do with her!?!)

Yukari has a familiar name of another certain boss I know but care less of (she made it to CS3 as well, reincarnated... and my favorite two had to be the ones to get banned for good, how horrible....) and I had a dream of her once, so I renamed her "Strikeforce-Y".

Reimu looks like Sayo, but younger I guess. First one I tried any
Touhou game with btw. 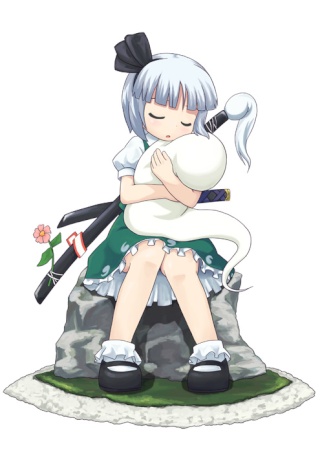 For Ren and Luke, because their love of cats （＝ｗ＝）

now I'll go and pass out from the nosebleed *flop* （＠＊＠）

It's taken me entire year, but my favorites are Yukari, Patchouli and Reisen.

(check my last post in this thread. It's really one year ago. completely coincidental.)
_________________
The mysterious young man who possesses unsurpassable skills in swordsmanship and airship navigation.

Here is my rankings.
(Note that my top characters have green hair)
Link to the sorter: http://www.freewebs.com/tohosort/

Another favorite is Mima. Currently have her as my desktop pic. 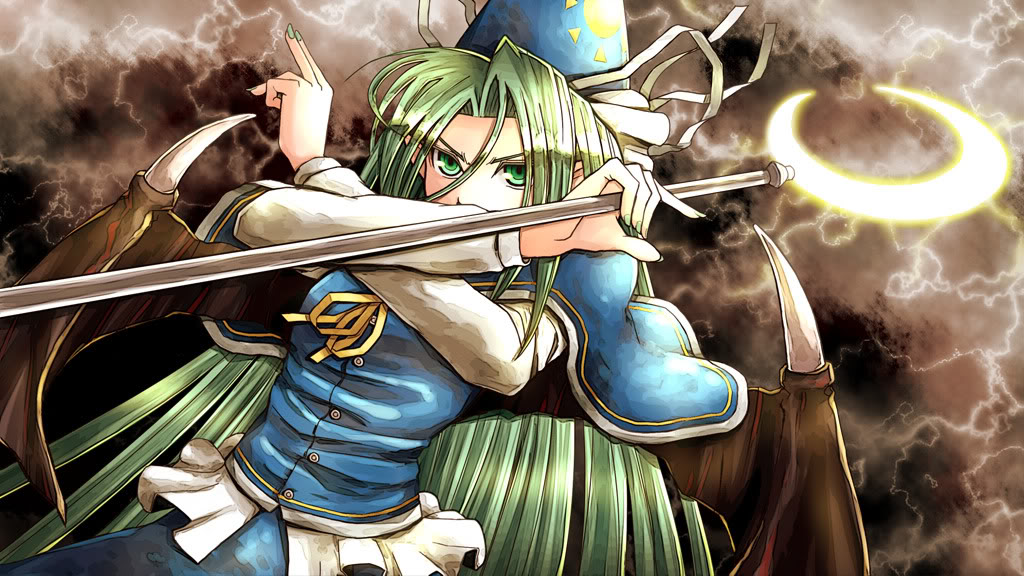 _________________
The mysterious young man who possesses unsurpassable skills in swordsmanship and airship navigation.