Playstation 4? WTF is its potential..?

Playstation 4? WTF is its potential..?

: Um, well not like I'll ever be able to get one soon, but to ask those
who already have one... I've heard rumors that it's able to do what he PS2
did and of what made Playstation stand out better than the rest at the time:
backwards play. (of all the previous games on its system)
Someone said that there is a rate of it being possible... I personally find this
unlikely, but can this myth be confirmed, or busted? For those of you lucky devils
who do have one (or end up with one on your little X-Mas party) please tell me
about it. True or fail?

well, i don't have one yet. but considering the hardware differences between the platforms, direct play via original disc games should be impossible.
if it support any kind of backward compatibility, it'll be through emulation, which means no ps3 games (except ports :3 ).
it'll probably like nintendo's virtual console, we still have to buy again (digitally) even if we own the original copy.

P.S.
the ps2 was able to play most ps1 games directly cause it actually had a ps1 CPU and other stuff embedded directly to the mainboard XD which should act like a 2nd I/O processor if u're not playing ps1 games. CMIIW

The only thing I know is that any ps1 type games (FF7-9) that where avalible as digital copies for ps3/psp where you only need 1 purchase to play it on both carries over to ps4/psvita. I'm not sure if the ps4 can even play those yet but wtf is the point since you can't carry the saves over.

as for ps1 or ps2 games i prefer to play them on emu. i need the save state and speed throttle feature XD

The PS4 is incapable of playing PS3 games in any shape or form at this stage. There will be streaming via Gaikai available in the near future for PS3 games. But as opposed to buying a digital copy, you are streaming the game.

As far as I'm aware of, PS2 and PS1 games are a no go on the PS4. Graphically, the gap between 3 and 4 isn't as high as a lot of people think as 4 supports better textures and weathering effects (as noted in Assassin's Creed IV: Black Flag). The main feature of the PS4 is to run games at a smooth 60 fps (frames per second) allowing for smooth, fluid gameplay.

Below is a comparison image I've found noting the differences.

Guess the myth is busted then. Ouch on that end.

I'm also still expecting the usual that the USA will fail at everything badly as always. It was less than four years that the PSP roster here came to a crashing halt forever while stuff in Japan is still in development now, same is looking as grim for the Vita here too. I was forced to demote back to the lame USA version and still nothing new here from four years ago yet.
_________________
Queen of Heavenly Solace. Cold to the core.
"Better to have a cold core than to not have one at all..."
http://www.google.com/profiles/109739034144757014503

Bump for an alert. For the following week I am silent due to taking my (horrible) job very seriously. Due to me being deceptively calm at most, seems the (bossy) bossman decided to bump up the pay to $200 midmonth + $100 endmonth payload. Due to some minor setbacks, I only have half the bonus for it right now; however, as of why I bump this topic up one last time is due to the fact that of my mostly online absence, I am super-close to buying it for my hubby this point next week and this time new instead of a used one.

So, from your personal experience(s) for those of you who have/had one, I want to know:

-your thoughts,
-is this worth a buy?,
-the pros,
-the cons,
-why are there quite a few being taken back to GameStop shops?

(is there a huge problem I need to watch out for?)
-*a certain ARKS unit has a question as well.... 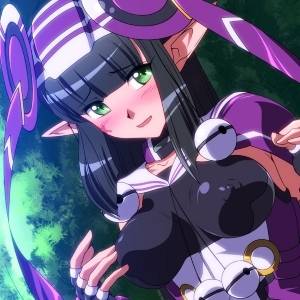 Oh, um... I too have a PSN account, but will the latest model allow different accounts from different regions onto the same system itself like the Playstation 3?

I will be needing a fill-in for this as soon as possible, please.

*currently I don't have anything for it yet but from what seems the consoles say, I have:
Full-year PSN activated,
Resogun,
Guilty Gear XRD Sign,
Dynasty Warriors 8 Empires (?) <-NOT sure if PS3 version of download =/= PS4 version, it IS confirmed by save data however....

i've only borrowed a PS4 for a few days in failed attempts of doing something previously possible on a PS3. the system is sold primarily as a game system, and little more, whereas PS3 was a multimedia system. with PS4, you of course get the latest games, somewhat upscaled graphics, and given how the economy is, a more focused community. the one bonus i like is streamlined twitch streaming from the system itself, w/o the need for 3rd party hardware.

now for the cons as i see them. as Mui pointed out, no backwards compatibility, outside of buying from PSN. any previous PSN purchases (dlc, PS1/2 classics, etc) will NOT carry over to the new system, and will have to be repurchased. as i mentioned, this is not a multimedia system, so it's impossible to copy music and videos to listen to at your leisure. there is a spotify app, which plays music off the net, which has in-game functionality (only on PS4, PS3 doesn't have this), however, the music chosen is region locked. and the big downer to me (which can be grudgingly acceptable) is they force you to have a PS+ account in order to play online. i have no idea if this will ever be dropped in the future once PS3 is no longer supported, but that single thing alone stops me from ever wanting the system at any time soon
_________________

: I'd hate to wait longer just to get a 1TB type.... but darn that sounds quite tasty for memory space, lol!

Anyway, a half-week left and soon, very soon, things will start to roll out as planned. I only stopped off at other spots for a pointless break for no reason (was a bad mistake too), but seems starting Monday is when things are going to get very tense in my area.

Oh also another side question: some people say rumor has it that Playstation 4 controllers are backwards-compatable with a Playstation 3 and that they can also work for Android devices, and some even say for PC as well too, is this true?

idk about android, as i haven't tried it, but yes. they can work on PS3s and PCs as well. though you should take caution with this. there were some early PS4 reports of people who used the PS4 controller to play PS3 games, and they inadvertently purchased PSN games on the PS4 since it can apparently control both at the same time
_________________

small update, apparently announced at E3, and available for download tonight, PS4 is getting a media player app, for playing movies and viewing images, just as PS3 has
_________________

Ooh, well perhaps the wait is worth it then after all, just tomorrow to go then on Wednesday I can finally carry out what I promised!

Okay and there we are. I've finally got it!

(I hate getting used systems, I normally go for new ones fresh from the box)
2- I did not have enough for a proper (new) console.... $20 short, but better than not having one I guess for now. Shame that.
3- Initializing it takes forever, ugh.

I was slow to respond; actually scratch the last note: family had demanded I get rid of it and get a new one instead of used this time and it happened.

I do NOT have:
Guilty Gear XRD (but I do have the DLC)
Dynasty Warriors 8 Empires (DLC yes, PS4 game NOT yet...)

I want:
The two above,
Dragonball Xenoverse,
Toukiden: Kiwami,
Super Stardust Ultra
Phantasy Star Nova (on Vita, I emphasize this) <- lol sorry I still want this!
Nano Assault Neo-X (Well now! How the hell did a NDS game get here!? Now I want it!)


Random notes:
What it does-
*Controller is confirmed for backwards compatibility as how everyone here told me. The thing is I had to unplug the PS4 though when using it or avoid using the PSN button.

*Controller most likely works with PC as well, I confirmed this with PSO2 and it picked it up for sure! The problem is I have to remap the button layout if I plan on using it over the XB360 controller later, lol! (not doing that yet but most likely I know it works now!)

*The PS4 picks up media servers (computers) much faster than the other two consoles: XB360 & PS3 does.
*It still does allow various region PSN users to cooperate on the same console (i.e: such as a JP + US user combo)
*It wants a user to use his/her microphone headset to operate it as well like how the Xbox360 wanted too, but too shy for that!

*It wants to connect to facebook as well (but there's some problems... it lost me there)


--more functions to test out soon! I will let my husband Luke (AKA: Vastell) test it out starting later on tonight for more details of what does what.