lol somebody beat us to it today.

Well yes I was just about to say that it's a special day for the two so please send regards.

After today however we're gonna have to clean up like serious maids running mad around the house because the party's far from over, for a bigger one is going to crash in for at least another long while.

Also starting after next sunday, expect to see me on those noted games if someone has an Xbox 360 or accounts for those online games from time to time if not having to attend religious matters, or being bugged by the usual.

Dawwwww... Thanks everyone, and yes I noticed the avi change just now.
Well now I'm a little elder, I'm gonna try to be a bit more mature nowadays.

It's your next move in turn, make it one heck of a critical strike!

I will do my best to be a better elder sibling to my sister, as well as half-sister here who spoken before me, along with trying to be a better friend to those who care about us.

However, you still need to pipe down on that loud tone of yours, Cerberus.

Lol. Glad to see you all are doing well. XD

You didn't celebrate mine....

i only played the psp armored core games. they still take some getting used to for me since i'm not so used to that big time customization setup
_________________

Well btw however a new challenger appears in the house! My parents bought me a new bird to replace the other three which are gone... this one's a male parakeet with a cute green+black tint and blue tail feathers with yellow stripes.

lol I was still taking time to think. First thought came to mind naming him after the first rocket in space: Apollo. That's dull however, so give me some ideas!

The Bad: I just did a silly thing last night and so now I lost a little skin from a hole placed in my finger it hurts a lot now. Owwie! Got caught in some metal while doing maintenance on some heavy hardware around with the boys last night and left an internal wound so I had to cut it open and..... ugh! Better short, fast instant, and gone tomorrow type of pain than long lasting from internal damage.....

I forgot how much of a pain it was getting Amiga games... 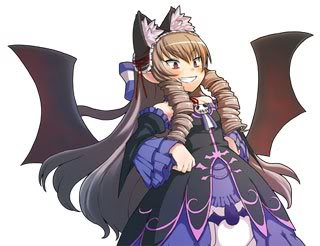 Lol! I had my first taste of two different Sake drinks and God Forbid I was a drunk witch flying around crashing into things on Trouble Witches: Neo last night.

Um, 'kay so I finally came up with a sufficient name for the bird. I'll name him "Tamir" which is after the main protagonist of Rebel Runner - Operation: Digital Code.

I let him out of his cage this morning in my room, and of course he flew around like a mad roflcopter at first but when I stopped and just read a chapter from the bible, he didn't flinch, make a peep, nor leave a booby-bomb unlike other birds do.... how unexpectedly disciplined! He's one smart little bugger. Heck, I even stayed a few more minutes in bed after opening his cage at the start and he did nothing dumb whatsoever...... well, at least till I heard something go plop after 18 minutes when I moved.

Last and frankly however, I decided to take everyone's warning seriously. The browser I had was apparently damaged. I think it was due to those old "anti-virus" programs the old man set up when they were chewing the programs out one by one. Bye-bye Firefox-Portable Beta-4, I had enough of the errors and lagging! I manually searched for it again and found out the hard way that I was serving record time with this one.... it was actually supposed to have been updated to 11.0!

Well I certainly did now.